Whew. A whole lot of things have gone on in my life since January. First of all, I’m just nine days away from my final deadline at University which is pretty crazy I have to say. I really hope that everything magically comes together in the next week or so. Secondly my girlfriend did a list of really evil and unforgivable things to me which has devastated the level of trust I have for humans in general. I think blaming men is easy, when both genders start messing with you, you end up just becoming an extremely isolated individual. Thirdly FOSTA/SESTA went down which has left my profession as a sex worker in limbo while all the services take time to migrate away from US soil and reestablish themselves.

One hell of a start to a year that was poised to be a crazy transitional year for me anyway. I don’t know if I’ll even recognise my life in the early months of 2019 which might be a good thing. This year has been a move out of real time sex work, and then back into real time sex work. It marks my graduation (finally!), I’ll be living alone for the first time and I might even be employed in a real job.

I also picked up a new addiction back at the start of December, Final Fantasy XIV Online (FFXIV). I’ve always loved this game but I could never justify the subscription cost. Once my flatmate and girlfriend subscribed though it seemed worth it to jump into this game properly.

It’s a beautiful game world full of amazing and entrancing art and visuals. From a mechanical standpoint I think the game is pretty terrible but that hasn’t stopped me from sinking 900 hours into it in the last five months. I think it would be cool to meet more people, I play Iri Tryx on the Phoenix server in EU. My character profile.

So, a lot of you are visiting my various clip stores every time you come here. I thought it would polite to update you on the situation with those. I’m aiming to have five clips up on my storefronts about half way through June. The reason this has been taking so long is that I’m graduating University currently, I don’t have a lot of equipment and I’ve never actually produced solo adult video content before. I’m totally up for suggestions for these five clips as I’m not super aware what you guys would like to see. 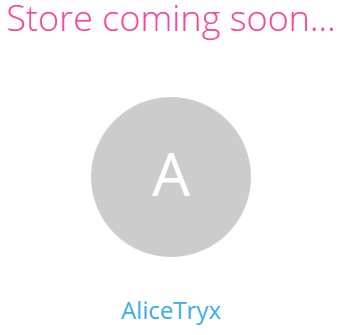 So yeah, ultra-busy, busiest girl in the world at the moment. I’m really excited for all of this to be over so I can move on with my life and get more stuck in to my adult content. Thanks for bearing with me through this crazy time! Keep following my Twitter and join My Discord Server to keep a closer eye on what I’m up to (and get way too many selfies thrown at you every day).

I use cookies to provide a richer experience on my site. By using this website you are consenting to this. Just a heads up!