The kink community has always thrived online through sites such as collarspace and fetlife. Facebook and Twitter only encouraged this trend with many secret groups being formed and linked to away from prying eyes. Later, with the introduction of subreddit communities and Discord servers the kink community found more and more places to exist.

The secrecy behind these communities is largely driven by the ‘taboo’ that still lingers around non vanilla activities. It’s easier than ever before to explore fetishes online and as a result certain kinks are becoming more widespread but no more ‘normal’. I still think this is a problem that needs to be addressed as these things won’t stay secret forever.

One of the most interesting results of this coming together of physical fetishes with digital communities is Healslutting.

Healslutting is Dom/Sub BDSM power play expressed through enforced roles in videogames. Healslutting was initially popular in World of Warcraft, with healers becoming the ‘sluts’ of the party and ‘topping off the parties’ health bars’. However, this was still kept to guilds and secret party chat. What really exposed healslutting to the mainstream was Blizzard’s first person shooter, Overwatch. The character Mercy is a healer/support class who can heal her team and boost their damage. She has high mobility and is positioned at the back of the group, making sure her teammates don’t die. When they do die she can bring them back to life using her resurrection ability.

This dependency can be exploited in both directions. It can be seen that the tank is dominant as the healer must do their job of ‘serving’ the tank. However, it can also be seen as the healer having complete control over the tank at all times. This introduces the terms tankdom/healslut and tankslut/healdom. These relationships can also be expressed by the healer and DPS. This is often seen as a brattier style of play and can be more switchy with the healer refusing to boost the DPS and the DPS performing poorly to antagonise the healer.

As more people were introduced to the concept more ideas about play were thought about. Mercy is currently the most popular healslut style character because of her gameplay design, look and feel, she is an easily accessible character unlike high-level MMO play. She is often depicted as being leashed to the tank or dps as when she is healing a stream is connected between the two characters. She is often called a pocket healer which means she is dedicated to her tank for the whole game and is often punished for healing other players or performing poorly. Although the kink is primarily Dom/Sub, there is a lot of dd/lg play. With tank character Reinhardt often being called Daddy with Mercy asking her daddy if she’s doing a good job and being rewarded when she does. 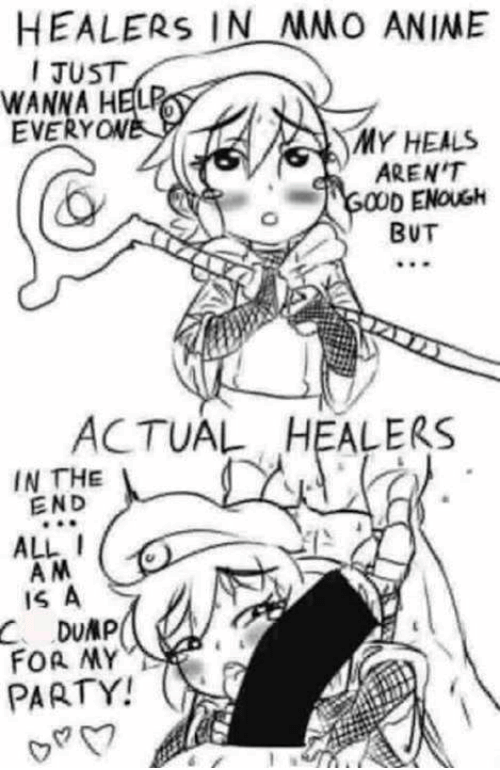 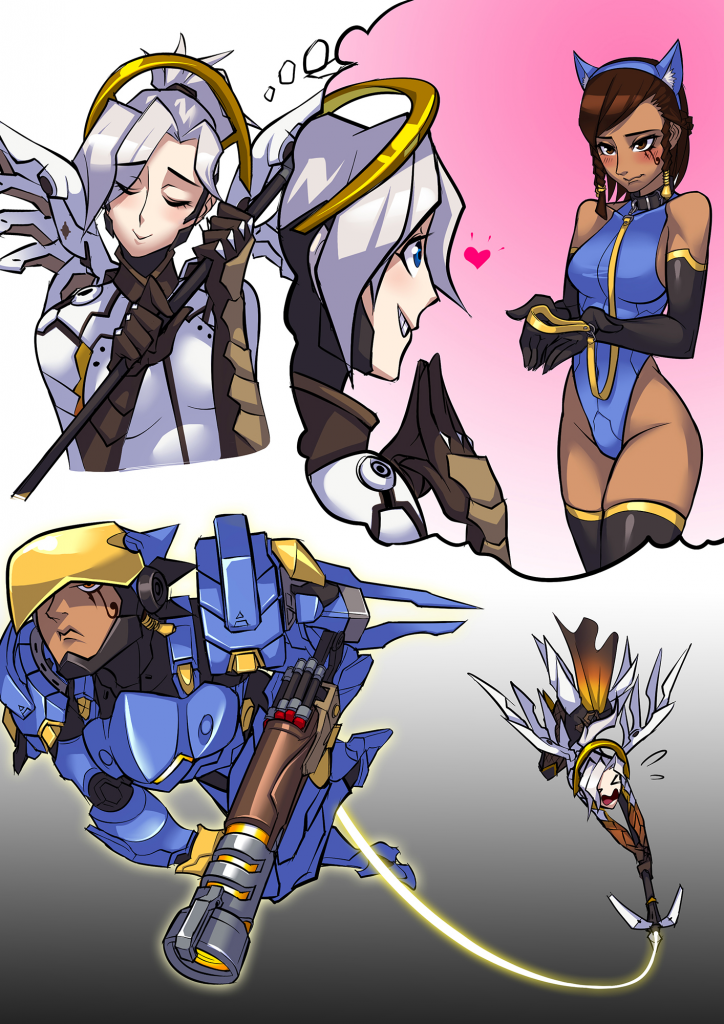 As most things start out, healslutting attempted to fit itself into already existing services and communities at first. /r/healsluts was the first real place healslutting could call home and is responsible for the community becoming so strong and visible. Eventually the healsluts discord server was created which allowed the community to be somewhat invisible and shielded from outside opinion. This is the number one place to be introduced to, and to meet healslutting partners.

As knowledge and popularity grew people began to monetise healslutting. This still hasn’t reached mainstream approval but certainly happens. For example, some healsluts use the site Fiverr to sell games of Overwatch where they will be your healer and voice chat to you. This is somewhere between boosting, girlfriend experience and escorting and is an interesting emerging industry. However, it is strongly opposed by most of the community as they feel it dilutes the kink and is just a dirty cash grab.

Healslutting in general is a very casual way to meet people and to explore your own sexuality. The community has attracted a sizeable number of transgender people and healslutting helps them get used to their voice, their sexuality and even just socialising. This is a benefit that appeals to all users however, especially those without much sexual experience.

Common healslut mechanics are usually based on sacrificing overall power to make another player stronger, as a result healsluts are exclusively support characters. This can be expressed through beam healing as is the case with Mercy. In order to heal someone, you cannot do damage of your own. This puts your performance and results in the hands of the player you are supporting and is an inherently submissive mechanic. Soraka can sacrifice some of her own HP and give it to a friendly character, making her more vulnerable, again relying on the skill of the player she is dependent on. White mages in FFXIV do very little damage and can only help other players to do their dungeon allowing the party to progress, alone white mages are very weak but are necessary for other players to complete dungeons.

These mechanics are provided by the game however almost any game can be tweaked to be more BDSM-like, even Minecraft. Resource slutting has also become popular as it allows for more in-depth play over time. This is usually expressed in Massively Multiplayer Online games and Real Time Strategy/Turn Based Strategy. For example, in Stellaris your entire civilisation can become the vassal of another player, meaning your resources become theirs which allows them to build bigger fleets. In MMOs you are usually tasked with gather rare materials for your dom, this is often augmented with a heavily restricted HUD, emulating the control that the dom would have over you physically.

This is all well and good and sounds like a good time but it doesn’t exactly follow ‘safe, sane, consensual’, the consent is the problem. Previously in World of Warcraft and other games the healslutting was kept hidden away from the majority of the player base to the point where no one even knew it was a thing. The problem now is that, especially in Overwatch healsluts and tanks play over team chat, with many players using sex toys and moaning to everyone in the match. Overwatch is rated T for teen so this is obviously a huge issue when it comes to children and young people enjoying an otherwise kink free game. Even in the MMO Final Fantasy XIV healers are using macros that spam party chat with sexual messages whenever they use their healing abilities, yet again exposing non-consenting people to their kink.

I think that as the kink grows there will be specialised games and sex toys made. The remote toy market is already growing fast and creating a toy that responds to what is happening in a game seems like the next logical step. Players are already performing certain actions with their dildo when a certain thing happens in Overwatch. Having their control being stripped away and given to another player just seems delicious. The appeal of healslutting is the ease of access, you have 24/7 access to likeminded people to play with in a purpose built community. Physical relationships take time to build and come with risk, having a few games of Overwatch with a dom takes no time at all and can scratch that submissive itch.

I use cookies to provide a richer experience on my site. By using this website you are consenting to this. Just a heads up!